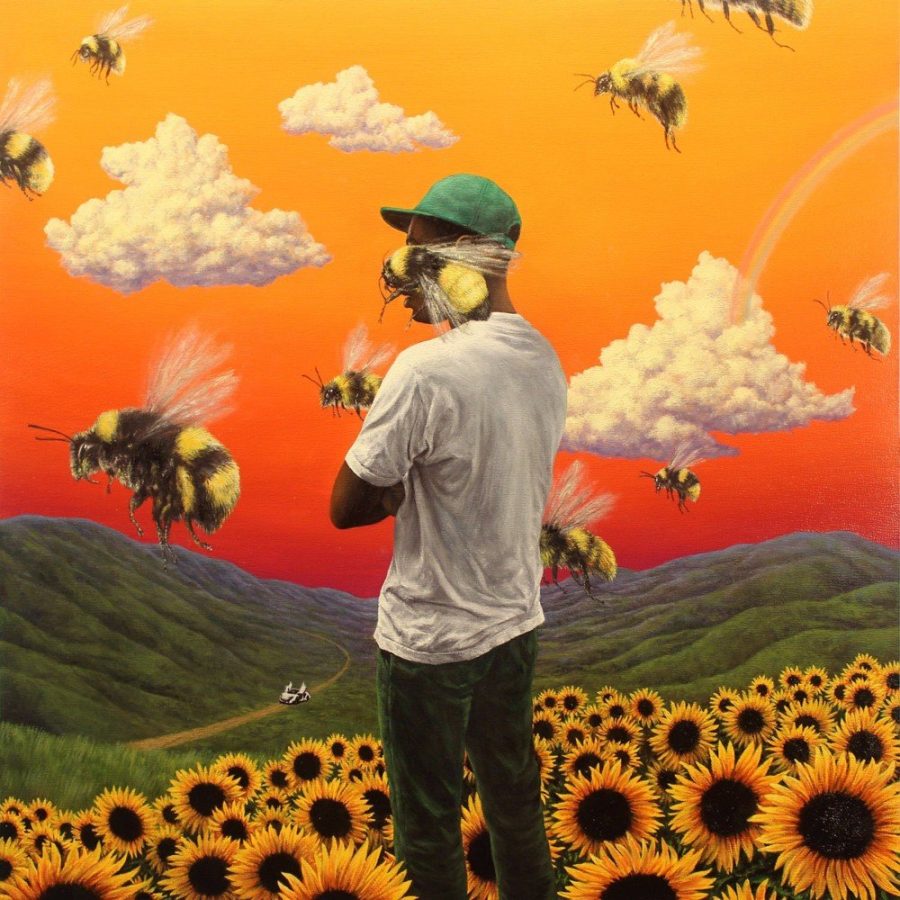 Tyler, The Creator’s Most Important Song

When thinking of Tyler, The Creator’s musical discography his most important song can be many answers. Possibly Yonkers, the song that first caught worldwide attention, or EARFQUAKE, Tyler’s most popular song to date that further propelled him into the mainstream, but I would raise you, Garden Shed.

If someone were to stop listening to Tyler back in 2012 when all he had released was Bastard, Goblin and his work with Odd Future, it’d be astonishing to hear the same guy put out such a heartfelt, introspective, artistically genius track. Tyler encompasses the idea of artistic progression perfectly. From starting with music that relied on shock value then evolving to create multiple Grammy-winning, Billboard number one, critically acclaimed albums.

Before discussing the track itself, it is important to establish the context of Garden Shed’s album; Flower Boy. Flower Boy is a pivotal moment in Tyler’s career, touching on the dissatisfaction with fame, the loneliness of his life and the hollowness of his material goods. He tells a story throughout the 14 tracks and Garden Shed is the centerpiece of that story.

As a man who has been accused of homophobia throughout his entire career, this track takes everything and flips it on its head. Though Tyler has hinted at his sexual orientation through a series of lyrics, tweets and drawings, no one to this point had taken anything too seriously, due to Tyler’s personality. Though in this song, Tyler reveals a secret he’d been hiding throughout this whole album.

With Hip-Hop having a long history of being anti-LGBTQ, this song’s significance is only amplified. I don’t want to label this song as Tyler’s coming out song, because he has never really specifically done so, treat this song more as an internal exploration of Tyler’s sexual orientation and the confusion he has surrounding it.

The title “Garden Shed” is an extended metaphor for Tyler keeping his sexual orientation concealed, otherwise known as the closet. Though Tyler doesn’t specifically say he’s coming out, he does heavily address it in the first verse. That first verse doesn’t come until the 2:43 mark. That’s almost three minutes of the track being carried by instrumentals and subtle backing vocals right up until the climax.

This is a very difficult thing to do, but here Tyler plays it perfectly. Tyler doesn’t hide that he writes, performs, produces and arranges all of his own music which just makes the feat even more impressive. Encapsulating human emotion in this instrumental, Tyler plays 30 seconds of guitar strings leading into drums, cymbals, piano keys and synths. All of this is layered with a distorted electric guitar that shimmers throughout the whole track.

Estelle, a well-known supporter of the LGBTQ community opens the track vocally, “Don’t kill a rose before it could bloom, fly baby, fly baby, out the cocoon”. These opening lines represent Tyler’s current mental state and his maturity, almost like a cocoon-butterfly situation, keeping the actual definition of the butterfly a secret. Tyler then follows this with his first verse.

“You don’t have to hide, I can smell it in your eyes, that there’s something more to say, them words…” he’s talking to himself here, like he has throughout the album. Itching to get his words out and trying to inspire himself to finally break out of the metaphorical cocoon. But, it abruptly ends. He asks the sound engineer to run the track back.

This is Tyler pausing just as he is about to let everything go, but he just loses the words to say it. He’s about to make the jump but stops at the last second. This is reflected in the track, when the track builds up and up to the climax of Tyler’s secret, then the bridge plays.

Estelle is almost pushing Tyler with her words “If I could only find them words to say” to finally let it all out. As the song abruptly pauses once more before entering with a distorted guitar.

Once again garden shed is a representation of a hiding place, and what Tyler was hiding was love. Then the line comes “garden shed for the garçons”. Garçons is french for boys. This is the first time Tyler really reveals what he’s been meaning to say for the whole album. “Heavy on my mind, all my friends lost” reveals how much of an emotional burden hiding his feelings have been. It feels like a weight taken off his shoulders already. Tyler then touches on the alienation this had caused him.

“They couldn’t read the signs, I didn’t wanna talk and tell ’em my location, and they ain’t wanna walk”. He reveals that his friends were ignorant towards his sexual identity and how that contributed to his loneliness throughout his career. Tyler then follows this with the lines “Truth is, since a youth kid, thought it was a phase. Thought it’d be like the phrase ‘poof’ gone, but it’s still goin’ on”. Here Tyler expresses his confusion beginning in his adolescence but he still feels that way in his adulthood.

Tyler then finishes off the verse “This is a crucial subject matter. Sensitive like cookin’ batter, ’til the temperature that’s risin’. Steppin’ on that ladder, tryna, grab the rings of Saturn. I’ma, planet by the time you hear this, [gossip] and chatter ’bout the heat. It will not matter”. Tyler first confronts the serious discourse regarding this track before touching on other notes. Tyler is clearly concerned about revealing his secret throughout this album and how the public and his family will react. This wordplay could be a god-like metaphor as Tyler ascends to the planets now that this burden is off of his chest. He will have risen above the gossip and chatter surrounding his sexual identity.

This track is all about self-acceptance as Tyler reveals something he has kept to himself since adolescence. It’s the centerpiece of his album: Flower Boy as he confronts all the feelings that led to his current emptiness. It’s an artistic masterpiece of a track. It’s the first time he is truly himself. It’s not a Tyler, The Creator song, it’s a Tyler Okonma song.