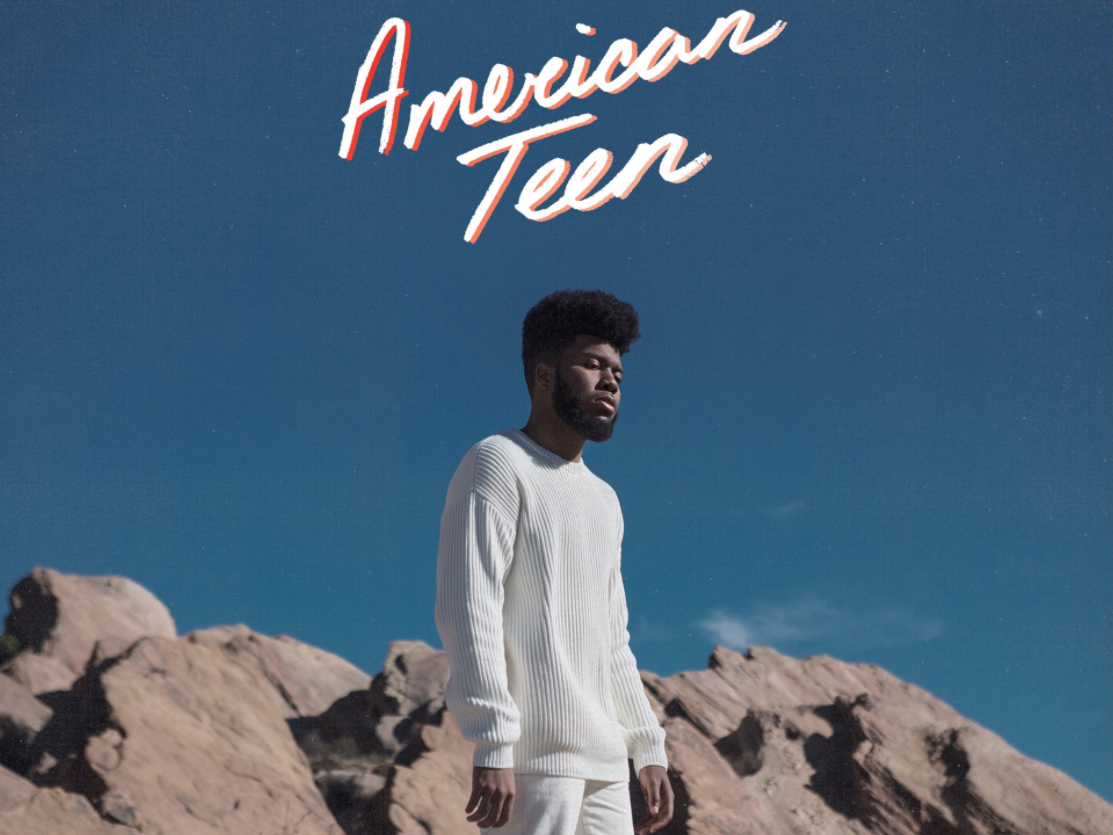 If you’re not living under a rock, then you’ve probably heard “Location” or “Young Dumb and Broke” in the car, at the mall, or even at a grocery store. You may even know the lyrics to these fun blends of R&B and pop music. But few know that the source of this smooth-as-silk voice, is merely a 19 year old kid named Khalid who graduated in the city of El Paso, mentioned on the title track to his album, American Teen.

American Teen is a a roller-coaster of emotions with everything from fun rhythmic songs that’ll get you moving in no time such as “8TEEN” and “Hopeless” to more heavy and mellow songs like “Cold Blooded” and “Coaster”. Every song, even the bright ones, feature great lyrics (my personal favorites are compiled into a list below) that encapsulate a modern teen’s experience in some shape or form. Sure, some of the songs don’t even begin to apply to me but others like “Shot Down” (IMO, the BEST song on the album) are fresh new takes on sad love songs that even the most heart-broken soul can appreciate (if you do happen to be this person, “Another Sad Love Song” is your go-to). And as if the songs weren’t great enough by themselves, the cherry-on-top becomes Khalid’s voice, which can only be described as a warm croon- in words it sounds weird but you’ll understand when you start listening.

So, if it weren’t obvious already, I’ll explicitly say that I LOVE Khalid’s music. I may be speaking too soon, since this is only his first album, but I do think I’ll be a lifelong fan. It’s been months since I’ve been listening to the same album over and over again and I’m still not bored of it. Plus, it’s just incredible to think that someone only a few years older than I am pulled off a complete album, with the level of quality and artistry that it has.

I found Khalid’s music through an unconventional path. I was watching a dance video to a song called “Electric” which features him. I got addicted to that song and eventually decided to check out some of his other music. Just a day later,  “Location” was playing on the radio and here I am now, obsessing over him. But, I do have a good reason for writing about him. I think that some of his other music is under-appreciated so this isn’t exactly a review but more of an invitation to take the time to really check him out. I also made it pretty convenient for you by linking everything below. He’s a rising star, now having worked with Logic, Kendrick Lamar, and Marshmello. So, if you haven’t started already, get listening and let us know what you think in the comments!

“You got me shot down by love
And you got my heart now
Why won’t you stop now?”

“Happy seventeen, I saw us two and you saw three
I guess our lines are structured like a haiku”

“Maybe you weren’t the one for me
But deep down I wanted you to be
I’ll still see you in my dreams
All the things that I did for you, just wasn’t it for you”

“I took the time to think of what you said
You were tap-dancing in my head
I must be honest, I have a lot of pride
But I’m broken inside”