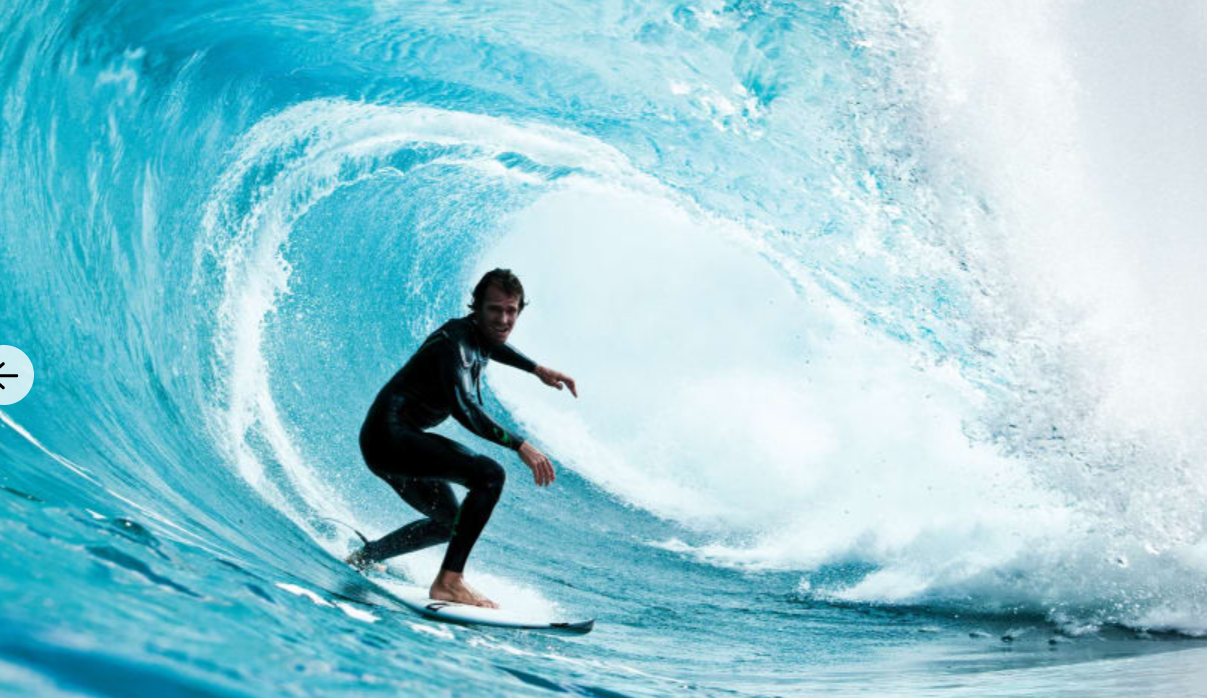 As the moonlight shines over the dark ocean breeze, ravens swarmed the night sky filled with darkness. It was 12 pm and the excitement in the air was palpable as the smell of the sea water filled up my nostrils. Dark icy water slithered in the horizon as wave after wave perpetually undulated against the shore. I had waited for this opportunity for my whole life: surfing.

As an Ohio native, I had never had the opportunity to surf. The only thing remotely close to an ocean was Lake Erie, 5 miles down the street from my house. Nevertheless, the idea of being lifted by the cold ocean water and being blasted by the wind fascinated me. I read countless books on surfing, watched movies and TV shows about the science of surfing, and practiced surfing techniques in my imagination. Though this was my first experience surfing, I was pretty confident in my abilities.  About 300 feet away from the ocean floor, I stared across the dark horizon, unable to contain my excitement. I could feel the soft sand melting within my feet and the air was just how I imagined it to be- seagulls swarming the night sky and green mist filling the ocean air. My surfboard clung to my sides as I kicked off my sandals.

I could feel the cold shivers down my spine and I began to feel skeptic of my actions. The dream that I had been waiting on for years was within the grasp of a few footsteps away. However, something felt wrong: I felt an imminent danger within these waters. It was as if my sixth sense was telling me not to touch the ocean waters. Nevertheless, the years of dreaming to surf distorted this thought as I dropped my surfboard down on the sandy shore and continued my ambition. Crack! A flash of lightning simmered, followed by the beating of large raindrops. Out of the corner of my eye, I saw a dark shadow move within the icy pale water. I adjusted my glasses and I concentrated into the ocean depths. Nothing was there. The waves began to crash even more violently against the sandy shore and my heart beat thudded against my ears. I looked over my shoulder and took my last glance at the sandy shore before I continued onward. Splash! With a single move, I dropped my surfboard and began my journey.

The surreal feeling of surfing across the ocean water finally became a reality. I laughed as the wind blasted against my face and the water carried me according to my discretion. Hunched over, the waves swayed pretentiously across the lagoon, guiding my farther away from the shore at an abysmal pace. Moments later, to my anguish, the dark shape reappeared again in the ocean water, but this time it was as if it was headed toward me. Slowly, fraught with fear, a sharp fin converged from the water as I desperately attempted to guide the surfboard back to the shore.

However, the pale waters pushed my surf further away, unrelenting my wishes. In frustration, I tried to paddle with my hands but the action was met with even more resistance. Thud. Thud. Thud. My heartbeat rang against my eardrums and the dark clouds roared maliciously across the sky.

Half blinded by the water, a stench of waves almost knocked me off my surfboard and I struggled to regain my balance. The dark shape under the pale icy water was perpetually inching its way toward me. Under the light, I saw the ruined eye, the scared finn, and the blood stiff gill of a pernicious creature. Its black eyes glistened against the moonlight as its teeth sunk deep into its mouth. A gelatinous gasp escaped from the corner of my mouth as my body began to freeze. Every second that ticked by felt like an eternity as the water seemed to push me closer to the creature. “Please don’t eat me… please don’t eat me…” I thought, “Maybe I will be close.” The grotesque teeth of the creature finally unfolded its jaws out of the water as it prepared to ingest its prey.

Sometimes a moment comes along when the world slows down. It was as if time itself stopped its linear progression and froze within the tunnels of reality. It was a surreal moment and I felt that the fabric of space and time ceased to exist. That day, surfing, I remembered the cold ocean air, vibrating against my body. The dream that I had been chasing for years became my worst nightmare. It was the desire and pursuance of something beyond my ability that preyed on me. Oh! That foul dust which disillusioned my discretion between reality and dream! The storm shuddered away as elation of desire and want seized to exist, and I felt the sunshine withering away my soul.