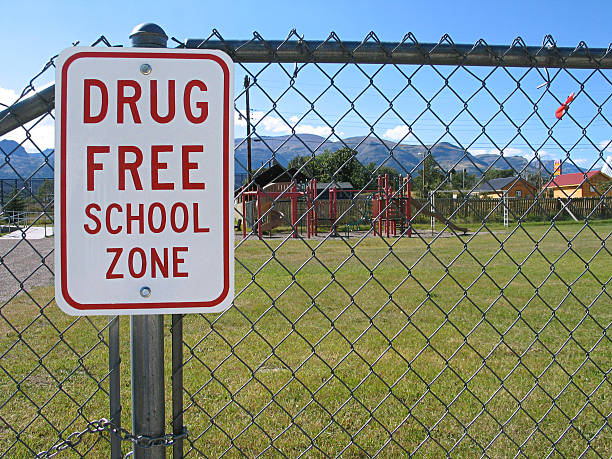 Drug Free School Zone sign with playground behind a fence.

After a two-year hiatus, students at Westlake High School were pulled out of class for random drug testing.

This is the first time the school has tested since before the COVID-19 Pandemic. “The line took up my entire class period,” says Brie Kelly, a drug tested sophomore. She and many others missed all of their class periods. Kelly says the process was longer than it needed to be.

The random testing pulls names from a list of any student signed up for an extracurricular activity or with a parking pass, says Assistant Principal DJ Shaw. Shaw says “the point of it is to get people help and support.” Students pressured to use drugs can use testing as a way out, by explaining they don’t want to face consequences. If a student athlete tests positive on a drug test they will miss 20% of the season.

Contrary to popular belief, School Resource Officer Tim Gaertner has no role in punishing positive students. He is notified when a student does drugs outside of school and he deals with those caught doing them while in school, but he says drug testing is really none of his business. “My main thing is to keep everybody safe,” says Gaertner.

Testing will occur once a quarter, dates will be announced beforehand.