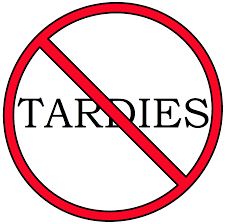 America’s draconian style justice system is indicative of a larger trend present in American culture. Americans tend to assume that punishment will solve all problems, whether that be you forgot to turn in a homework assignment, all the way to sentencing someone to life in prison for simple possession. And be it as it may, you might want to think that your community isn’t like that, your community isn’t like others and doesn’t just hand out punishments like it’s Christmas on the Oprah Winfrey show. But you’d be wrong, as this happens all across the country, even in our small little town of Westlake, Ohio and our high school.

The current attendance system at Westlake High School is one reflective of the trends mentioned above. Within our justice system, we lock people away, isolated from society under the assumption that once they are released they will no longer be the person they were when they first went to prison and will become a productive member of society. The same principle is applied to the attendance system. If a student has a real issue with being on time to school, giving them in-school suspensions will not solve anything. Kicking students while they are down does nothing but make school worse for them. Considering school is supposed to be a safe environment, this is not what you should be aiming for. This is only amplified when you consider how much of a difference that 1 minute can make. Students who live just 2-5 minutes from the school will take over 20 minutes to actually arrive because of just how badly the school’s traffic is organized. One of these things needs to change, and considering that completely redoing the parking lot infrastructure would cost a lot of money, attendance system reform is the next best thing.

I sat down with one of our school counselors to see their thoughts on punishing students versus trying to rehabilitate late students. I asked about their personal experience in the efficacy of punishing someone versus intervening and attempting to address the cause of the issue and mitigating it as much as possible. They told me that they have seen more success using intervention methods to try and rehabilitate the student rather than punishing the student for something that does not warrant disciplinary action. We agreed that incentivising the students to not be late would work much better than punishing them. Allowing students to not have the pressure and stress of disciplinary action being on their permanent record allows them to address the cause of this bad habit to be properly taken care of.

I spoke with the attendance office located on the left side of the building. During my conversation I was told that per day there are “roughly 20” students late to school. Punishing these students won’t fix the problem at hand, however, had these students been given the opportunity to address what was causing them to be late, maybe they could turn over a new leaf and get to school on time rather than just barely miss the morning bell.

For example, seniors and juniors with student privileges that allow them to leave during the day to eat lunch off campus already must follow a strict set of guidelines to maintain these privileges. One thing the current policy does right is by taking away these privileges as a way to somewhat incentivise the tardy student into fixing his or her attendance, as these can be earned back through arriving consistently on time. Incentives like these can easily be extended to underclassmen, and if none currently exist they can be introduced as a way to incentivise being on-time.

I sat down with Principal Woods and spoke to him about the current tardy policy. What I learned was that the current attendance policy is shaped by constraints in technology, COVID-19 complications, and difficulty of being a new administration at an old school. I was told “we tried to build an attainable structure where kids are encouraged to come to school on time.” While I fully agree that this should be a top priority for an attendance system, I believe we, as a community, can do better. One system that Principal Woods said he had thought of implementing before was a system in which students could be rewarded for being on time to school. Every day, on-time students would receive 1 raffle ticket per day that they were on time, and at the end of the semester or school year there would be a raffle held in which the winner could receive something like an iPad or something really significant. These types of approaches to tardiness is what Westlake High School needs, and I believe that ideas like this are the way to stop tardiness and uplift students rather than bring them down.

All in all, I truly believe that this administration has the capability to heavily mitigate tardiness once and for all, putting WHS in the position to be a pioneer in our community.  While the current policy has its positives, it also has its negatives, and these need to be addressed. Understandably, the process will take time, but I hope that one day future students will not have to deal with a system that punishes them for being late 5 times over a 36 week period. I hope my writing can influence those with the power to change the system so that Westlake can truly educate for excellence.