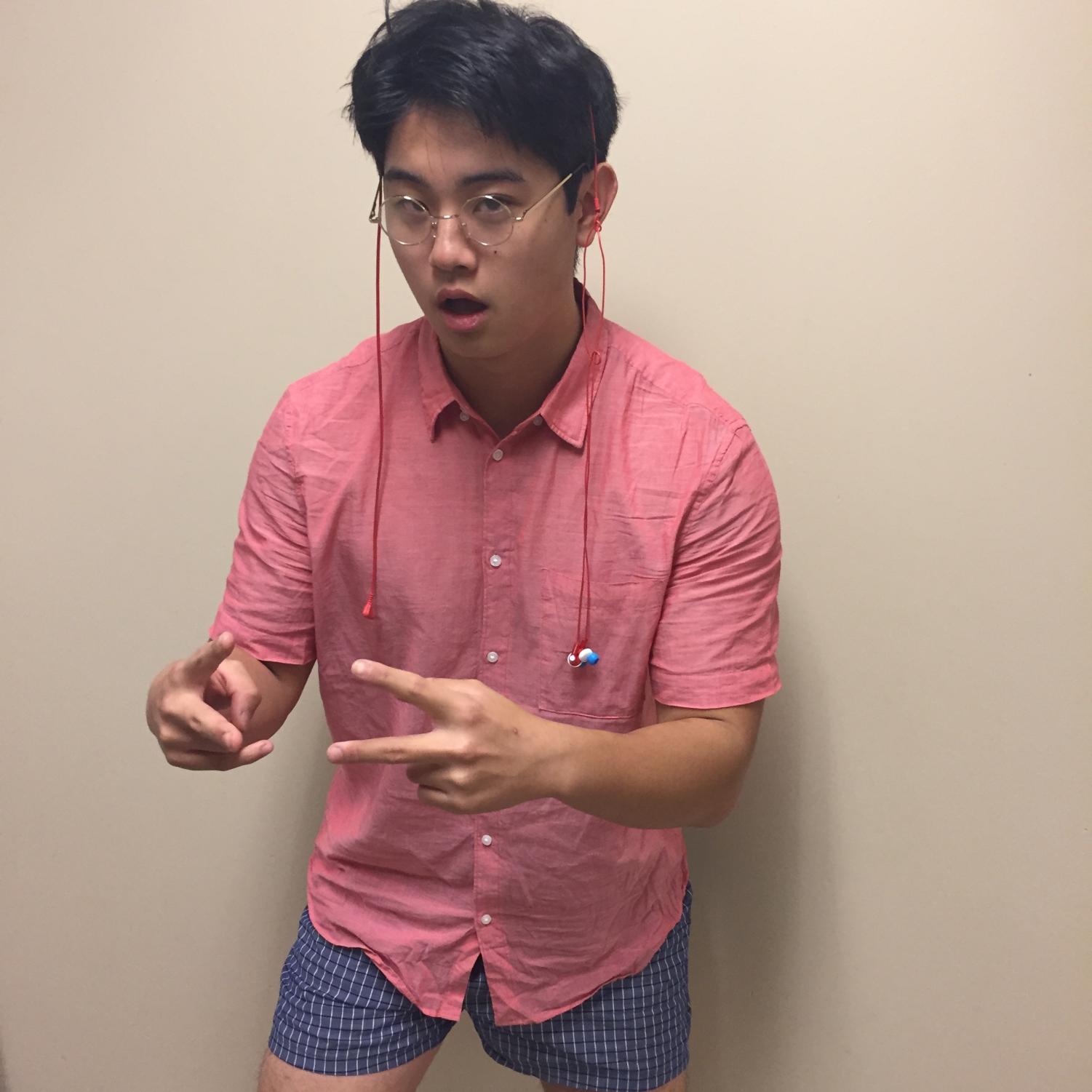 Terry Zheng, a Westlake High School senior, never imagined where he would be today. As a student, he shows up to his classes everyday. But as a hobby, he releases rap videos and freestyles on Soundcloud and Youtube, going by the pseudonym “Lil Pants.” Last May, he released his first song “Alpha Kenny Body”, reaching nearly 1000 views within the first couple days on his Youtube channel.

On September 25, his success grew exponentially when he dropped the “ACT Diss Track” on Youtube. Within hours of his upload, hundreds of students in classrooms and hallways began blasting his song. His Diss Track reveals the struggle of getting a high score on the ACT and also the frustration of college applications. In the lyrics of his ACT Diss Track, Terry stated  “My sister got a 35 but so did Jack and Zoey….Took a hundred practice test, but they still do no good service.” As many students can relate to this struggle, Terry was able to reach out to a broad audience. Teachers and students began commenting on his talented style of rap. Richard Garber, an esteemed scholar from Westlake High School, stated that his Diss Track was a “true modern classic”.

GW: You recently uploaded The ACT Diss Track. What message do you want to send to your listeners?

TZ: Just the ACT sucks. It is really important stuff and you can’t change anything about it. It is stressful. It is pretty messed up since it kinda determines your future. I think anyone can relate. So I kinda wanted to say that in my song.

GW: In one of the lyrics in the ACT Diss Track, it says “ These Asians getting 36, man, what if I’m Black?” What do you mean by that?

TZ: I was just stereotyping. You know Asians usually get really high scores like Alex Ikezawa or Jack Wu getting like perfects on the ACT. You got all these kids and stuff. There are exceptions, but I feel there are a lot of pressure for me to do well because I am Asian. I mean I got a pretty bad score, but it is what it is.

GW: Do you think you are breaking asian stereotypes?

TZ: Kinda because my parents make me go to Science Olympiad and make me take violin lessons. But like, rapping in a way is also good for you. I kinda want to flex on these Asians when it comes to the Common Application. You know, Asians have like “piano for ten years” and “win 50 medals for Science Olympiad”. I can put rapping and flex on these kids and get like a straight ticket to Harvard. I feel that rapping can really differentiate myself with other students when it comes to college applications. You know what I mean?

GW: Who do you think your rapping style resemble the most?

TZ: I like to describe it as a mixture between Kendrick Lamar and Michael Jackson and maybe a little bit of Sartaj Dhillon, who is a student from our school. You know like its music, but bad.

GW: Do you think your rapping style resembles Lil Pump?

GW: When did you start rapping?

TZ: I guess ever since I started to watch Rich Brian. He is an Asian rapper and I was like “holy crap, he doesn’t even speak English, but he can rap”. But then Jazzman, a former Westlake High student, dropped the disstrack “The Venue” on Soundcloud and that kinda of rubbed me off in the right way. I just really get into it. It’s so good.

GW: What are your favorite lyrics or moments from the “ACT Diss Track”?

TZ: All the lyrics are pretty bad. I did not put much effort into it. I just like recording videos and messing around with Yuhui, the other rapper in the song. The school was locked so we had to improvise on the tennis courts. So I guess that was my favorite part of it

GW: Your ACT Diss Track has nearly 2,500 views on Youtube, has anyone from school commented on your Diss Track?

TZ: Oh yah. People from our school were actually playing it during class and stuff. That’s pretty funny. I know some teachers are like “I like your song”, like Mr. Major. I think that’s pretty cool. The main thing is that I guess people can relate to it. I guess that’s like a good thing. It feels pretty good when you get people that you know or don’t even know come up to you talk about my song.

GW: Is there a reason why you wore your NHS Polo Shirt during the music video?

TZ: These days, rappers are trying to flex off their watches and all their Gucci shirts. But I think it is cooler to flex off my 3.5 weighted GPA and my leadership position from school. You know what I mean? That’s always more cool than a fake Rolex that you borrowed from your cousin or bought from China.

GW: What it’s like to explore rapping while being a student?

TZ: It is not that bad. I am not that serious about rapping. I only have like two songs dropped. On the weekends, I just go to my friend Yuhui’s house and record a song in like 30 minutes. My parents are like “why are you not studying?”, and I am like “I am going to the library”. They don’t know I rap. It’s like balancing any other hobby.