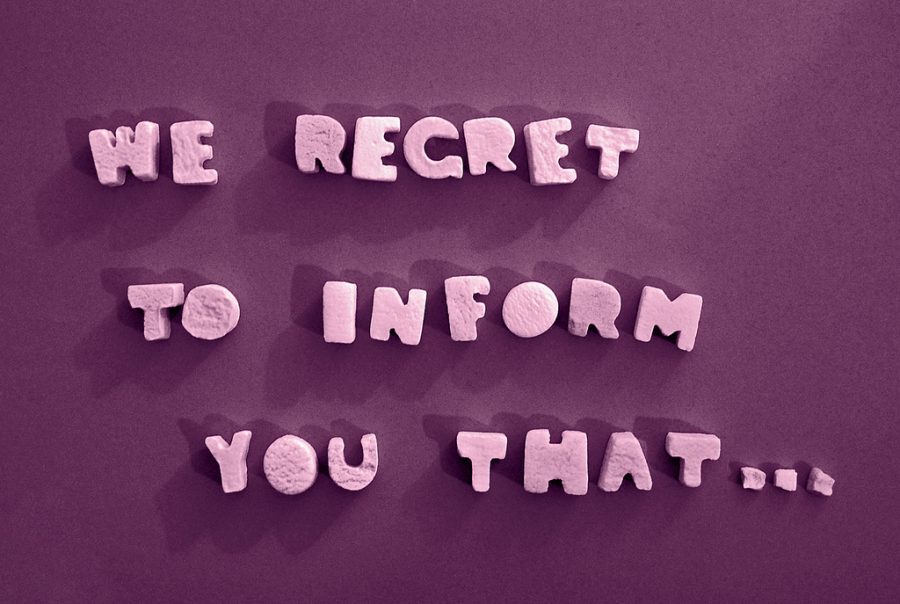 It was the third quarter of my junior year, inarguably one of the biggest vertical slopes any high schooler has to face. I remember sitting at my computer with four tabs open.

The second tab was Powerschool, my online report card. After getting a shocking notification on my phone, I decided to double check it on my computer. Maybe it’s a mistake. Perhaps my dreadfully cheap Android phone was playing tricks. But the notification was right — I flunked a physics test.

I pulled up a third tab: Gmail. My writing competition results were in. “We’re sorry to inform you…” That’s fine, there’s always my internship.

Fourth tab: NASA Glenn. Fingers crossed, I logged into my account, clicked on “Spring of 2018 Internship.” Rejected. This marks the second year that I’ve been declined an internship at my own father’s work. Whatever happened to nepotism?

The first tab was a Google search of my dream school. I refreshed the page to see if the acceptance rate had increased during the last five minutes. Nothing.

The clock in my brother’s room ticked. I hated how it notified the world every time a second passed. Tick tock, tick tock, tick tock. I stomped next door, and with a barbaric growl, I ripped the batteries, the soul, out of the poor machine. At the tail end of my junior year, I did not need to be reminded how time flies.

I’d turned down a vacation with my mother in anticipation of a summer full of internships, work experience, and recommendations — college resume fillers. Talk about stuck. My calendar was just empty boxes — dates without plans.

Too much “Thanks, But No Thanks”? Actually, it was all I expected. In grade school, I sent stories and melodramatic poems to kids’ literary magazines and books — the ones that only parents buy. In high school, I dove in headfirst and submitted more stories. Now that I’m older, the rejection letters aren’t addressed to my parents, only me.

But my growing rejections pile never influenced what I did. I wrote what I wanted to, when I wanted to. If I thought a 400-line elegy to my dead rabbit was good enough to send to a writing competition, you bet I submitted it.

And whenever I was turned down or received a disappointing grade, my father’s comment was, “Remember, Megan, essay is from the French word essayer, to try.” My mother insisted we celebrate — either by binging our favorite show or scouring thrift stores. Why only celebrate success? That would be an overdose of natural endorphins. I own my rejection. Cheers! Here’s to an honest attempt.

After that day my junior year, I went to physics class early to review my mistakes so I wouldn’t make them again. I stayed late at newspaper club and wrote a movie review. I emailed a local political campaign I wanted to volunteer for. And I watched an aerial virtual tour of that dream college, imagining myself on those hilly walkways.

Don’t get me wrong; rejection sucks. I’m not trying to romanticize it. And putting yourself out there hurts. But a wound heals to a callous.

All the “No!” you hear becomes trivial. It makes “Yes!” glorious. Success is a story for another time, though. But before I go, from one reject to another, find whatever it is you’re made to do. And dive in.