How My Gaming Routine Changed My Life 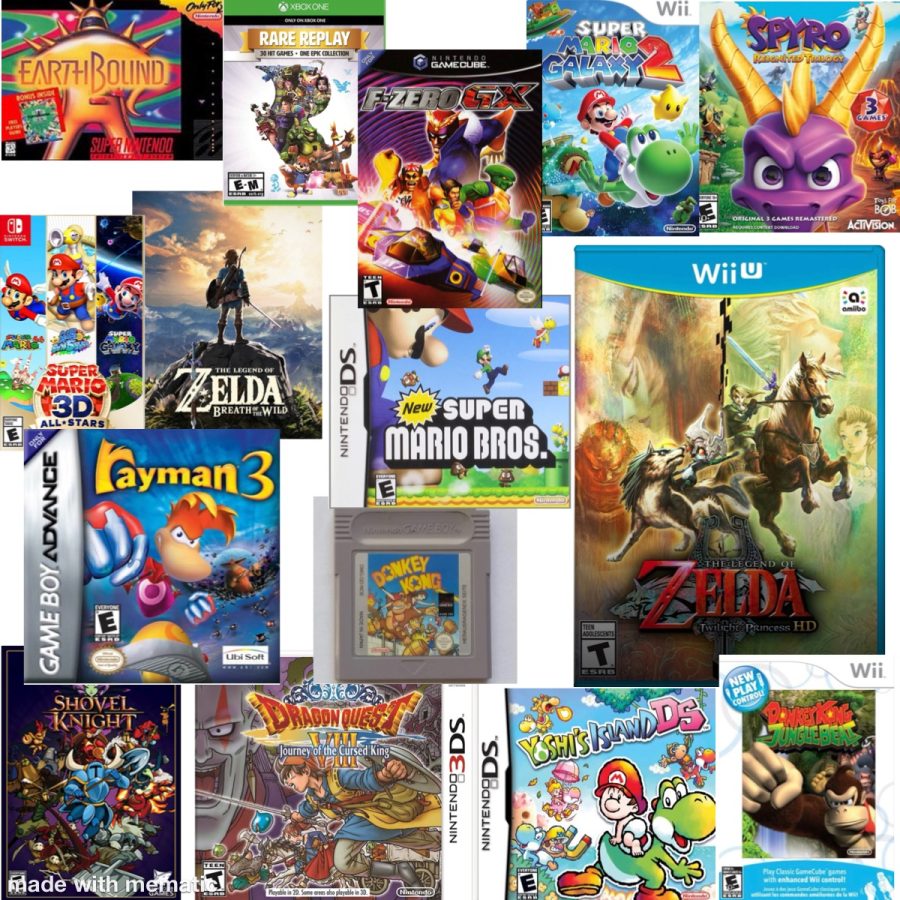 Video games have been a major part of my life ever since I was five. With my first handheld title being New Super Mario Bros. on my DSi and my first console title being Super Mario Galaxy 2 on my Wii, I became a well-seasoned gamer from there, regularly consuming titles such as Zelda, Mega Man, and Kirby (unfortunately, I never got into Pokémon) for the next ten years.

Although I’ve played Xbox and dabbled in PlayStation during my gaming career, Nintendo has always held the largest spot in my heart, as I’ve dedicated the most time to their consoles and games. While I’ve never restricted myself to only Nintendo, one must understand that the quality of their games is unmatched compared to other companies.

While I’ve always been a passionate gamer, I haven’t always been passionate about balancing other activities with gaming. For example, in middle school I simply gamed whenever I felt like it, giving little regard to the many hours of practice I should’ve dedicated to my extracurricular activities. In other words, because I didn’t have an organized gaming schedule in place, both my progress on extracurriculars and certain video games suffered.

One reason I failed to maintain a consistent gaming schedule during middle school was due to my constant overwhelm from the large variety of video games and consoles I owned. By eighth grade, the consoles I played on included the New Nintendo 3DS XL, Wii U, original Wii, Xbox One, Alienware 15 PC, and Switch (fun fact: Despite being Nintendo’s most successful system, I was reluctant to purchase a Switch due to the large number of video games I still had yet to beat on other consoles). Not only that, but I owned many games on each of these consoles as well, making it not only difficult for me to focus on a single console, but a single video game as well. Every time I felt like gaming, I would ask myself “I wonder what I feel like playing today?” regardless of how far I’ve progressed in a video game and how much a console was collecting dust.

Another reason I didn’t follow a healthy gaming routine was ignorance, as I didn’t think video games warranted enough importance for me to build my daily schedules around them. However, I was hurting myself by thinking this way since video games have always been the best way for me to relax.

Soon, I felt that I owned a mountain of video games that I played but still had yet to beat. It was like owning a bunch of movies and only watching them halfway through because you were distracted by newer movies. Consequently, when you would finally unpause a movie you started watching earlier, you would struggle to remember what happened before your pause point.

Once I entered high school, I stopped playing on consoles besides my Switch. By doing this, I didn’t feel as overwhelmed, making progress on games like Super Mario Odyssey, The Legend of Zelda: Breath of the Wild, and Splatoon 2.

But then tragedy struck.

After successfully auditioning for the school’s best orchestra freshman year, I felt that my violin skills were going somewhere. However, due to inconsistent lessons and an unsupportive family (both of which I’ll discuss in a later article)*, I was unprepared for orchestra sophomore year. Bungling my seating audition, my will to play video games shut down, as I desperately practiced in order to redeem myself. However, by the time I started taking lessons on a regular basis again, it was too late. Tired of constantly failing my violin and orchestra expectations, I quit the violin while still in orchestra and shifted my focus to the piano, an instrument I’m much more talented at.

After my orchestra seating audition, not only did my will to play video games shut down, but my will to practice piano as well. As a result, I went three months without a single piano practice session, leading me to ferociously practice piano once I quit the violin. Similar to middle school, I neglected the importance of video games in my mental health even though they still held a special place in my heart, as I continued to purchase video games that I knew I would play one day. Nevertheless, these thoughts continued when school was canceled due to Covid, as I took advantage of our extended break not only to make up for the piano practice I missed during sophomore year, but all the time I practiced the violin when I could’ve been practicing the piano instead as well.

However, during February of junior year, I finally realized that I was killing myself by refusing to play video games. Recovering from my mental scars, I decided that I had to play in order to enjoy life and maximize my energy before I attended college. Even then, I would still have to play video games so I wouldn’t be miserable.

Following this sentiment, I played a video game by myself for the first time in a year and a half the night before my February 6th ACT. The game I played was perfect for ending my gaming hiatus, as it was a popular Mario game that I never played up until that point. I don’t think that any other game besides Super Mario Sunshine via the Switch collection Super Mario 3D All-Stars would’ve been more appropriate for ending my hiatus.

When I started playing Super Mario Sunshine, I decided to boot up my other consoles, focus on one game per console, and play for 1-2 hours first thing in the morning on days I didn’t have school as well. One day after playing on my Switch, I would play on my Wii U. On the following days, I would then play on my PC, my 3DS, and even dusty consoles like my Xbox One and my Wii, with the former not being used since freshman year and the latter not being used since eighth grade up until that point.

Last spring, I added a new console to my routine: the Game Boy Advance, which I played the GBA version of Rayman 3 on. Moreover, because I own a handful of downloaded games on my Switch, Wii U, and 3DS, I’m now rotating between two games on my Switch and three games on both my Wii U and 3DS. Today, my gaming rotation on days I don’t have school is as follows:

Video games can be a time-consuming hobby. Since there are so many great games out there, it can be difficult for us to discipline ourselves so we can focus on one game at a time or rotate between games. However, if we want to both be successful human beings and well-rounded gamers, we must follow personal routines that allow us to balance work with play. Focusing on one game at a time or rotating between games is especially important for this process, as the shortest video games typically take 8-20 hours to complete. In addition, you’ll definitely need to follow a system of rotation if you plan on playing critically-acclaimed epics such as The Witcher 3: Wild Hunt and The Elder Scrolls V: Skyrim, as these games take over 150 hours to achieve 100% completion.

While it’s unhealthy to excessively play video games, it’s also unhealthy to not play them at all if you’re someone who loves video games. Even when you’re not gaming, you still want to make sure that you enjoy your work, as I do with the piano and my EMT class. As humans, we must balance the work we like with the hobbies we love to live a healthy, happy life.

*Update (3/29/2022): I no longer plan to write an article about my past violin problems, as I feel that enough information is given in this narrative.