Getting to Know WHS’s String Instrumentalists 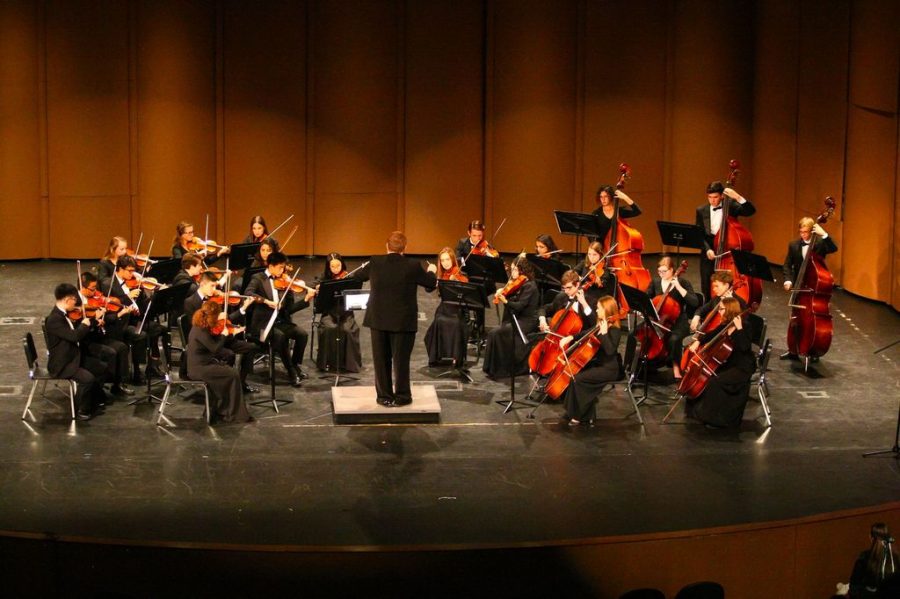 Westlake’s string orchestras feature a myriad of exceptional talent. Our music program is flourishing, and specifically, our string program has grown tremendously, with the addition of a new chamber orchestra this year.

Cleveland, home of one of the greatest orchestras in the nation, boasts several opportunities for young talents to grow together and our musicians are active members of these groups. Getting in is quite a competitive process and yet our school has 8 such musicians who have worked hard and earned their place in orchestras such as CYO (Contemporary Youth Orchestra), COYO (Cleveland Orchestra Youth Orchestra), Regional Orchestra, and Cleveland Women’s Orchestra. We talked with a few of them to understand how they got in and what they’re up to, now that they’re in the group.

CH: It was quite vigorous and extremely competitive to get in. Auditions were held at Severance hall and were adjudicated by Cleveland Orchestra members. People from all over Ohio and some out of state come to audition, so it is pretty hard to get in.

GW: How much time did you spent preparing?

CH: Usually about 3-5 hours. For the first hour, I practice scales, 2nd hour on etudes, the final hour on solo repertoire. I am currently playing the Tchaikovsky Violin Concerto in D Major.

GW: What pieces did you prepare for the audition?

CH: I played Mozart Symphony #3, the 2nd movement for my orchestra excerpt. For the solo piece, I played Paganini Caprice No. 24. Surprisingly, I was not asked to play any scales.

GW: What is your favorite song you are playing in COYO right now?

CH: For me, I would say the Beethoven Leonore Overture No. 3 because I am most comfortable with his style. The piece is also really beautiful and I love how simplistic the melody sounds, I also like Prokofiev selections from Romeo and Juliet.

CH: Yes, they are pretty fun but it gets pretty intense at times. Rehearsals are usually on a Saturday afternoon from 1:30 – 5:30. For the first two hours, we have sectionals with Cleveland Orchestra members and then the rest of the time is for full orchestra rehearsal. Usually, the conductor is pretty chill.

Jessica, member of the Regional Orchestra

JB: It was an video audition, so you had to submit your recordings online. I thought the audition material wasn’t that hard but I worked a lot on it. I felt it was easier than a live audition because you only had one chance and if you mess up, you can’t fix it. With a video audition, you had time to fix your mistakes. However, I feel that sometimes tone gets misconstrued in a video.

GW: What excerpts did you play?

JB: I had an etude from the Poper studies. I think it was number 40. I played the Dvorak symphony # 8.

JB: We only had one rehearsal so far, but it was long. The rehearsal would have been better if it was shorter. Since we only have a limited amount of rehearsals, I understand why it has to be so long. I had a good time during rehearsal and my stand partner is pretty cool.

GW: How was the audition process for CYO?

JH: I got a call back. So, after my first audition, I had to audition another time in order to get in. The second time I based it off of feedback from my teachers and the CYO conductor.

GW: How much did you practice for the audition?

JH: I spent 1-2 hours during the summer to prepare for the call back audition. I played Adagio and Allegro by Gavere. My solo piece was Merla and excerpts from the songs we were playing that year in CYO.

GW: What is your favorite song and how are rehersals?

JH: I really enjoy B-Sides by Mason Bates and rehearsals are usually laid back.

NH: So basically, you have to record yourself playing one of the excerpts and mine was the Mozart Kriesler Etude.

GW: How much did you practice for the audition?

NH: I spent a lot of time on it. It was pretty difficult. It got a bit repetitive too because if you messed up you had to re-record.

GW: What is your favorite song and how are rehersals?

NH: I like rehearsals. They’re pretty fun but kind of long. Danzon No. 2 is my favorite song right now.

GW: How was the audition process and how long did you practice for it?

TZ: I just played the piece I was working on at the moment. I don’t remember what it was but it was by Mozart. My violin teacher brought in the director of the Cleveland Women’s Orchestra because she’s in it too and it was an impromptu audition. I didn’t even really know it was happening so I didn’t get a chance to specially practice for it.

GW: How are rehearsals and what is your favorite song?

TZ: Yeah I like them, but they’re kind of hard to get to since they’re downtown. That’s what I don’t like about it. My favorite song we’re playing is probably La Ci Darem La Mano, a piece from Don Giovanni (an opera) by Mozart.

We could not get in contact with Mary, Alex, and Aaron who are all members of CYO in time for publishing but we’d like to acknowledge their talent and involvement as well.