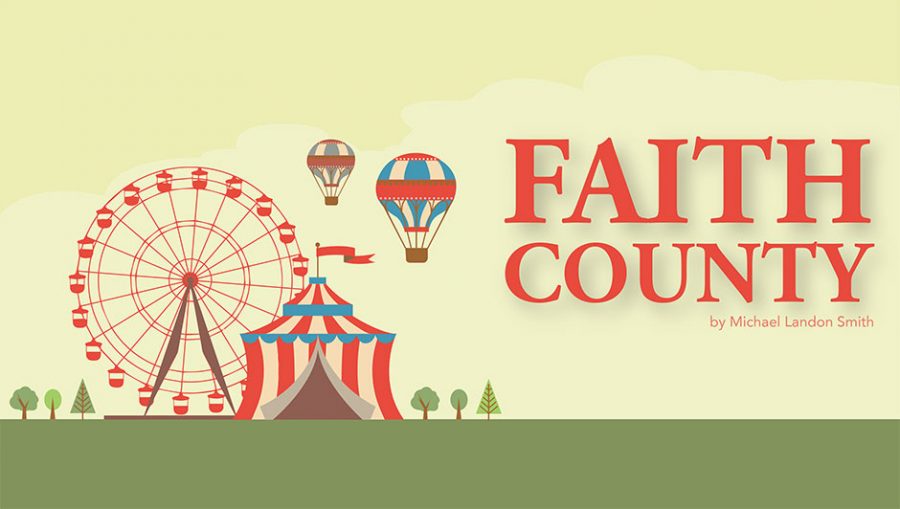 Can you give a basic premise of the storyline?

A:It is set in a small town in the middle of nowhere, where people are behind the times. They are very old fashioned. And it is about their everyday life and what they do and there is a county fair, so that’s basically where the story takes place. There are a couple of different people talking to each other and there are different intricate storylines with different stories. My character is a mechanic, he is getting married. That’s the basic culmination at the end of the play.

Who are the major characters?

A: Me. I am Luther. Another main character Fay Mcfay, she is basically the town single girl. Naomi is my bride she is the hairstylist, played by Cari Adkins.

What is your favorite part?

A: My favorite part is when Gladius dies. She is the piano player that they bring in to play the poems. She is played by Molly Finucane.

If you were to describe the play in one word, what would it be and how long have you been working on the play?

A: Um. Funny but prop comedy. I spent two weeks working on it, not that long.

Would you recommend this play for someone?

A: Yes. Definitely. First of all it is at Westlake and it is played by Westlake people. All your peers are in it, and mostly produced by people that you go to school with and see in the hallways. So just come see what they do in their freetime.